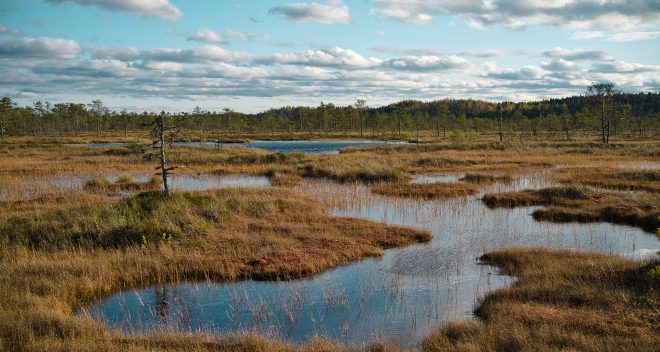 In a win for the environment, the Environmental Protection Agency (EPA) and the Army Corps of Engineers finalized the Revised Definition of ‘Waters of the United States’ Rule. The new rule is consistent with longstanding requirements that were in place prior to the Trump and Obama Administrations and leverage science and the rule of law to more effectively fulfill the purpose of the Clean Water Act.

“Today EPA and the Corps of Engineers finalized a rule defining which waters and wetlands of the U.S. will receive federal water quality protections under the Clean Water Act. Today’s rule restores protections that were in place for decades before the Trump administration promulgated the Navigable Water Protection Rule in 2020. The 2020 rule removed the requirement to get federal permits to dredge, fill or discharge pollutants to all ephemeral waters, non-navigable interstate waters, and many wetlands, thereby endangering the drinking water, fisheries, and flood control for communities throughout the nation. Today’s rule protects those communities by protecting the small streams and adjacent wetlands that have cascading and cumulative effects on the chemical, physical, and biological integrity of  downstream navigable waters, interstate waters, and territorial waters.” – Betsy Southerland, PhD

“With the new rule, EPA has chosen a middle road in establishing what waters are protected by the CWA. It covers less than the Obama administration proposed in 2015 but more than the last administration’s very restrictive rule. It clearly recognizes Supreme Court precedent, which, of course, could change with the expected decision in Sackett v. United States. This rule is drafted with an eye toward the inevitable court challenges that will be filed, and it includes several politically-smart exemptions for the agriculture community that were not in the draft rule.” – Mark Ryan

Betsy Southerland and Mark Ryan are available to speak to the media about the revised definition and the potential implications for current and future WOTUS court cases.

About Betsy Southerland: Dr. Southerland was with the EPA for 30 years, serving as Director of Science and Technology in the agency’s Office of Water, before retiring in 2017. She has remained active on environmental issues as a member of the Environmental Protection Network and regularly testifies before Congress about clean water issues, PFAS, and emerging, unregulated contaminants.

About Mark Ryan: Mark Ryan spent 24 years as one of EPA’s leading Clean Water Act experts and chief trial attorneys before moving to private practice. While at EPA, Mr. Ryan was also a Special Assistant United States Attorney and litigated many Clean Water Act enforcement cases on behalf of the Department of Justice.

ABOUT THE ENVIRONMENTAL PROTECTION NETWORK
Founded in 2017, the Environmental Protection Network (EPN) harnesses the expertise of more than 550 former EPA career staff and confirmation-level appointees from Democratic and Republican administrations to provide the unique perspective of former scientists and regulators with decades of historical knowledge and subject matter expertise.