Meet the Environmental Protection Network's Board of Directors 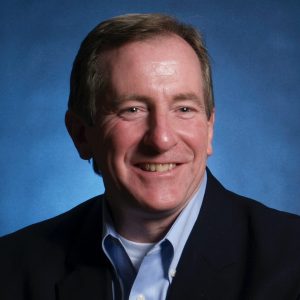 As Regional Administrator, Mark led Region 7’s 500+ professional and technical employees responsible for implementing environmental programs in Missouri, Iowa, Nebraska and Kansas and nine Native American Tribes. He served as the primary liaison to the public and elected officials in the Region. Mark worked with State and local environmental leaders to ensure environmental and health protections throughout the region, and engaged citizen groups and non-governmental organizations on EPA program issues. Mark served as a member of the EPA, State and Tribal E-Enterprise for the Environment governing board which worked to modernize systems supporting environmental program implementation across the nation.

As Deputy Regional Administrator, Mark was instrumental in implementing approaches to streamline and modernize business practices in Region 7; an approach that was adopted across EPA. During his EPA career, Mark held a variety of leadership positions including Director of the Region 7 Enforcement Coordination Office, Acting Assistant Administrator for Policy and Management, and Senior Indian Program Manager.

Mark resides in Prairie Village, KS and is active in several not-for-profit organizations in the Kansas City area. 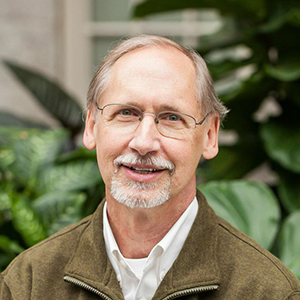 George Wyeth is an attorney and policy analyst who left EPA in February 2017 after a 27-year career in the Office of General Counsel, the Office of Enforcement and Compliance Assurance and the Office of Policy. He is currently a visiting scholar at George Washington University Law School and serves as an officer of the American Bar Association’s Section on Energy, Environment and Resources and on the board of the Little Falls Watershed Alliance. During his EPA tenure, Wyeth worked on legal and policy issues related to almost every EPA program. The centerpiece of his career was the development and promotion of innovative strategies that harmonize environmental and business goals to build a sustainable economy. During his last three years at EPA, Wyeth played a leadership role in the agency’s “Next Generation Compliance” initiative aimed at addressing root causes of noncompliance and using modern monitoring technology to empower both regulators and companies to detect and even prevent environmental problems. 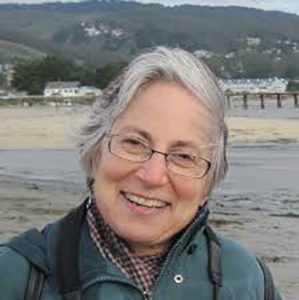 Barbara Elkus is a seasoned scientist with 35 years of experience in the areas of environmental science and policy. From 1977 through 2001, Elkus worked at EPA in a variety of positions, primarily in the areas of water and hazardous waste. She managed the development of effluent guidelines and drinking water protection programs and provided technical support in hazardous waste enforcement efforts and the development of regulations and state program guidelines for underground storage tanks. Upon retiring from EPA, Elkus joined the League of Conservation Voters, where she kept members of Congress and their staffs informed on issues of importance to the environmental community and was instrumental in producing the 2004 National Environmental Scorecard. She also worked with the Climate Policy Center of Clean Air-Cool Planet on several projects, including organizing a series of climate seminars in partnership with the Norwegian Embassy throughout the country. 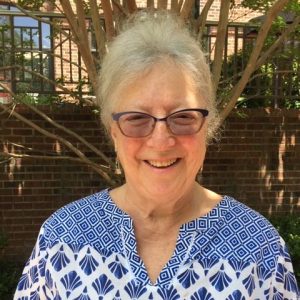 Caroline Isber worked in the EPA Office of Solid Waste and Emergency Response, where she chaired a committee that wrote regulations under the Oil Pollution Act and served as Legislative and Public Affairs Director at the White House Council on Environmental Quality. She now sits on the boards of Economic Opportunity Studies and the Family Place in Washington, DC. Isber acted as the National Affairs and Legislative Consultant to The Garden Club of America; served as the Chief Press Officer in the Office of Global Programs at the National Oceanic and Atmospheric Administration; and worked in the Office of the Secretary of the Department of Health and Human Services, where she acted as an advisor to then-Secretary Margaret Heckler. This followed a two-year position as the Executive Director of the American Environmental Safety Council (SAVE EPA), an organization that strengthened public and congressional support for the agency. Isber brings to EPN ten years experience in radio and television as an editor, writer, on-air interviewer, director, field producer and executive producer. 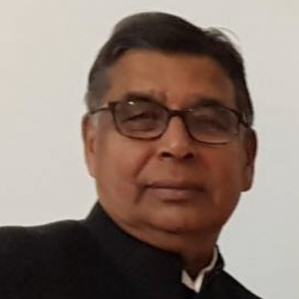 Bharat Mathur spent over fifteen years in important positions at EPA’s Region 5 office in Chicago, including Deputy Regional Administrator, Director of the Air and Radiation Division, and Acting Regional Administrator. Bharat served as the regional point person on the EPA Executive Management Council and several national committees charged with developing policies for environmental justice, sustainable development and materials management. In addition, he oversaw program implementation in six Midwestern states with a focus on permitting and compliance assurance. Prior to work at Region 5, Bharat was at the Illinois Environmental Protection Agency (IEPA) for close to 28 years as Air Bureau Chief, Deputy Chief in the Bureau of Land and various supervisory roles in the Bureau of Water. Among his many achievements at the IEPA, he established the Underground Injection and Storage Tank Programs. 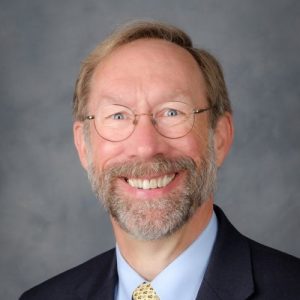 Dr. A. Stanley (Stan) Meiburg spent 39 years with EPA, from 1977 to 2017. As Acting Deputy Administrator (2014-2017) he created the Water Infrastructure Resiliency and Finance Center, was a co-chair of the E-Enterprise Leadership Council, and served as an active member of the President’s Management Council. From 1996-2014, Stan served as Deputy Regional Administrator in EPA’s Region 4, after also serving as Deputy Regional Administrator in Region 6 in 1995, making him only the second person in EPA history to serve in this position in more than one region. Between 1985 and 1990, he was Director of the Planning and Management Staff of EPA’s Office of Air Quality Planning and Standards, where he led work on the 1990 Clean Air Act Amendments. In addition, he was the Executive Director of EPA’s Environmental Financial Advisory Board from 2001 to 2010 and served on many task forces promoting innovation and collaboration within the Agency. Currently, Dr. Meiburg is the Director of the Master of Arts in Sustainability Program and associated dual degree certificate programs at Wake Forest University. Among other honors, Stan received EPA’s Distinguished Career Award in 2014 and was recognized as a Distinguished Federal Executive in 2012. He holds a B.A. from Wake Forest University, and M.A. and Ph.D. in political science from Johns Hopkins University. He and his wife Julie live in Winston-Salem, North Carolina. 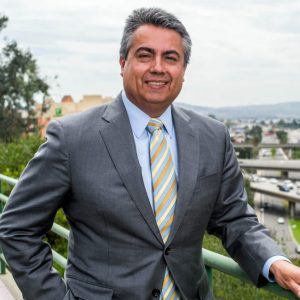 Wayne Nastri is the Executive Officer of the South Coast Air Quality Management District (SCAQMD). Previously, he served as U.S. EPA’s Regional Administrator for Region 9. In that position, he was responsible for policy development and operations, exercising management oversight for nearly 1,000 employees, and an annual budget exceeding $700 million. He worked closely with the public, industry, and all levels of government in a wide variety of voluntary pollution prevention programs and energy conservation efforts, including the development and implementation of the West Coast Diesel Collaborative, in which SCAQMD actively participates. Mr. Nastri also focused Region 9 efforts on development of strategies to address emissions associated with ocean-going vessels and marine ports.

Earlier in his career, Mr. Nastri served as the Legislative Director for the California Environmental Business Council, and among other private sector experience, he served as co-president of E4 Strategic Solutions, Inc., a consulting firm focused on negotiating mutually effective solutions for complex environmental & energy issues faced by regulatory authorities; elected officials; and executive management at local, state, and federal levels. 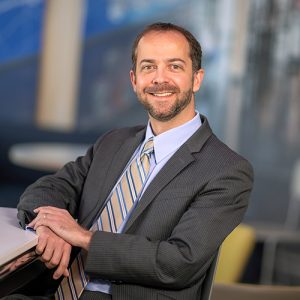 Brian Swett is a Principal and Office Leader of Arup’s Boston office and serves as Director of Cities and Sustainable Real Estate for Arup in the Americas. In this role, Brian leads the work of Arup in the Americas to integrate its advisory services with its key strengths in design, engineering, and planning, delivered in the city context. He also serves on the Americas Region Board for Arup. He is a nationally recognized leader in resilience, climate change, and sustainability strategy with over a decade of leadership experience in municipal government, real estate development, federal government, and non-profit sectors. Brian brings a breadth of experience on the government and private sides of sustainable urban development and management that allows him to deliver integrated and actionable strategies and solutions for major clients. He began his professional career at U.S. EPA, including stints in the Office of Policy, Economics and Innovation, the Office of Enforcement and Compliance Assistance, the Office of International Affairs, and Region 1.

Brian is Chair of Historic Boston, Inc’s, Council of Advisors and Co-Chair of the Greater Boston Chamber of Commerce’s Climate & Energy Leadership Council. He is also a long-time and active member of the Urban Land Institute, currently serving on the ULO Center for Sustainability and Economic Performance’s Advisory Board and as a member of the Sustainable Development Product Council. 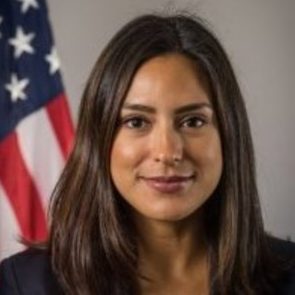 Melissa Vargas is District Director for Congressman Jimmy Gomez in California’s 34th congressional district. Previously, Vargas led Latino Engagement & Partnerships as the Political Affairs Manager for the Environmental Defense Fund, creating political will and bold policies with leading Latino advocacy organizations to fight climate change. Ms. Vargas served the Obama Administration as the Director of Public Engagement in the Office of Public Engagement at the U.S. Environmental Protection Agency (EPA). She began the administration as Deputy White House Liaison in the Office of the Administrator, where she supported the Office and the Agency’s Presidential appointees. As Deputy White House Liaison, Vargas was selected to help develop, implement, and manage the agency’s grassroots education and outreach initiative as a part of the EPA’s emergency response efforts to the water crisis in Flint, Michigan. Leading bilingual and bicultural community outreach efforts, Vargas was successful in building coalitions within Flint’s Latino and immigrant population. 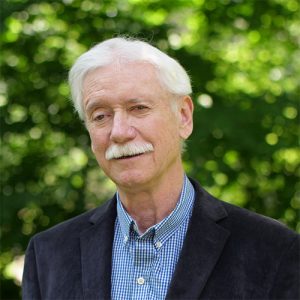 Robert Wolcott is a former Deputy Assistant Administrator for Policy at EPA (1995 and 2000) and, between 1983 and 1985, served as Assistant to the EPA Administrator on policy matters, including the phase-down of lead in gasoline. Wolcott is now a consulting economist focusing on the intersection between the environment and the economy. He began his EPA career as Regional Economist in the agency’s San Francisco office and then served as West Coast Director of the Public Interest Economics Foundation and as its Executive Director in Washington DC. He returned to EPA and went on to direct several EPA divisions in Washington DC, ranging from Economic Analysis to Agriculture to Water Policy. From 1990 through 1992, Wolcott advised the EPA Administrator on special projects, including environmental justice and the controversy over the Spotted Owl. He chaired EPA’s Work Group on Environmental Justice, overseeing the preparation of the agency’s report on the issue and revisions in agency policies and procedures responding to this challenge.