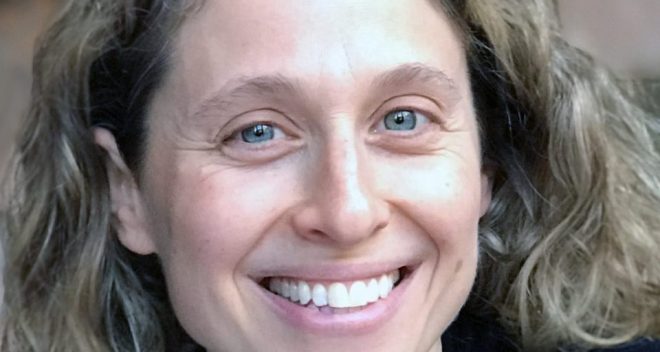 [Washington DC, July 11, 2018] – The Environmental Protection Network (EPN), a group of EPA alumni and others working to preserve the nation’s 50-year bipartisan progress toward cleaner air, water and land, is thrilled to announce the appointment of Michelle Roos as the organization’s first full-time executive director. Roos brings over 20 years of experience in project management and environmental protection and the unique perspective of a former EPA employee who worked at EPA headquarters in Washington, DC and the agency’s San Francisco regional office. Since December 2017, Roos has managed day-to-day EPN operations as Deputy Director, working closely with a three-party volunteer Executive Directorate.

Speaking for the EPN Board, Chair Rob Wolcott said, “We are excited and immensely fortunate to have a person of Michelle’s energy and capability lead EPN.”

EPN Board President Ruth Greenspan Bell added, “Michelle’s commitment to the agency and its mission is palpable.”

EPN was launched in 2017 by a group of former EPA career staff concerned about the future of public health and environmental protections under the Trump Administration. The organization has grown into a national volunteer network of over 200 EPA career alumni, senior-level appointees and state partners that tracks and analyzes EPA, Executive Branch and congressional actions to determine if they will undercut protections of air, water, land and public health. Roos’ appointment marks the next step in EPN’s growth as a significant source of in-depth information on proposed budget cuts, regulatory rollbacks and policies that threaten people’s health and keep EPA from performing its basic functions. In taking on this new role, Roos emphasizes that “The strength of EPN will continue to be the unique knowledge and perspective of its volunteers – the folks who did the work of the agency and understand best how it operates and how it succeeds.”

Roos began her EPA career as a prestigious Presidential Management Intern. She was Special Assistant to both the Assistant Administrator in the Washington, DC Office of Air and Radiation and the Regional Administrator of Region 9. She co-founded and co-managed EPA’s West Coast Collaborative, a public-private partnership to reduce emissions from diesel engines along the West Coast, Alaska and the American Pacific Islands. She also led a national EPA workgroup on the incorporation of environmental justice into the federal environmental permitting process. More recently, Roos has been an independent environmental consultant for a wide range of clients including E4 Strategic Solutions, His Royal Highness Prince of Wales and EcoMedia. She has state experience and spent a summer at the White House Council on Environmental Quality. Roos has a Bachelor of Science in Engineering from Duke University and a Master in Public Affairs from Princeton University.