Over the past two months EPN submitted two sets of formal comments on proposed rulemakings, provided testimony to an EPA advisory board and committee, analyzed EPA programs threatened by Trump’s budget proposals, and continued to be a trusted source of information to reporters.

We were sad to mark the June 21st death of EPN volunteer John Kennedy, a long time Region 9 employee who was instrumental in establishing the protocol for evaluating potential health hazards from wildfire smoke. As an EPN volunteer he wrote about this important work in an op-ed in USA Today, and spoke about it during an interview with Andrea Mitchell on MSNBC and in other venues.

House Subcommittee on Oversight and Investigations Hearing on “Critical Mission: Former Administrators Address the Direction of the EPA” 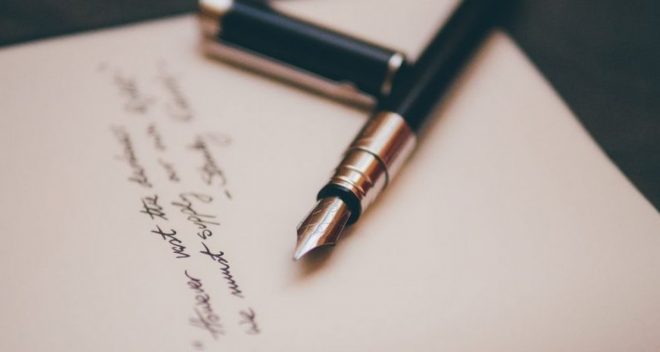 Former Republican and Democratic Administrators wrote a joint letter to key committee Chairs and Ranking Members and testified at an Energy and Commerce Committee hearing about environmental oversight.

Administrator Hearing In the News

EPN is mentioned in this article about the historic hearing held by the Oversight & Investigations Subcommittee of the House Energy and Commerce Committee on the future of EPA with a bipartisan group of former EPA Administrators. The hearing referenced their joint letter offering lawmakers help on substantive Congressional oversight, as well as help of former EPA staff. Similar articles also ran in The Colorado Independent, Maryland Matters, and a second article in The Hill.

EPN is mentioned in this CNN article about the seven former Democratic and Republican EPA administrators who sent a letter to Congress offering assistance, as the Trump administration seeks to roll back clean air and water regulations, among other policy changes. This story also ran in numerous other media outlets: KLIF-AM, WOKI-FM, KAOK-AM, California Coastal Coalition, KMJ-AM, News Stand Hub, Reddit, WRAL.com, Channel 3000, and WFMZ-TV.

EPN Advisor William Ruckelshaus, former EPA Administrator (1970-1973 and 1983-1985), and EPN member Bonnie Bellow, former EPA Director, Public Affairs Division, Region 2, are quoted in this article about seven former EPA administrators sending a letter to Congress, offering their assistance in creating an oversight strategy and a path forward for the agency.

EPN’s Work on the June Science Advisory Board Meeting

Science continues to be an important issue for EPN. Please see all of our science related work here. 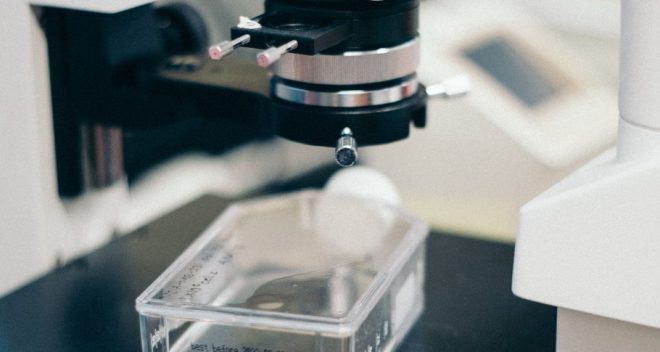 In June, EPA held a two-day public meeting of the Science Advisory Board. EPN members presented testimony critiquing EPA’s plan to revise its guidelines for carcinogen and non-cancer risk assessment, the "Censored Science" rule, and co-benefits.

Science Advisory Board In The News

EPN members Chris Zarba, former Director, EPA Science Advisory Board, and Steve Silverman, former Attorney, EPA Office of General Counsel, are quoted in this article about the Science Advisory Board rejecting EPA’s call to take a narrow look at its scientific transparency proposal by voting to review it, signaling keen interest in the far-reaching consequences the proposal could have on public health and environmental regulations. A similar piece quoting Chris Zarba ran in E&E News.

EPN members Penny Fenner-Crisp, former Senior Science Advisor to the Director, EPA Office of Pesticide Programs, and Dr. Bernard Goldstein, former Chair, EPA Clean Air Scientific Advisory Committee, and former EPA Assistant Administrator for Research and Development, are quoted in this article about EPA’s plans to quickly revamp its guidelines for evaluating whether environmental contaminants can cause cancer or other ailments, a move Trump administration critics fear is part of a broader effort to weaken the basis for regulating a wide range of pollutants. The article also ran in Science Magazine.

EPA May Sideline Scientists in Changes to Cost-Benefit Analysis

EPN members Chris Zarba, former Director, EPA Science Advisory Board, and John Bachmann, former Associate Director for Science/Policy and New Programs, EPA Office of Air Quality Planning and Standards, are quoted in this article about EPA’s plan to forego a review by scientific advisers on the agency’s planned changes to how it justifies the need for major air regulations, which former agency employees and environmental groups say could result in weaker public health protections.

TSCA continues to be an important issue for EPN. Please see all of our TSCA related work here. 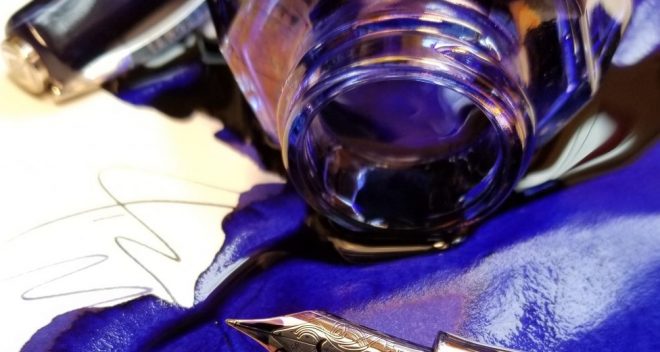 EPN provided oral and written testimony critiquing the draft risk evaluation of PV29 at the June 2019 public meeting of the SACC. EPN asserted that EPA failed to exercise the authority provided by Congress under the reformed Toxic Substances Control Act to require robust data to inform its risk evaluations of existing chemicals. 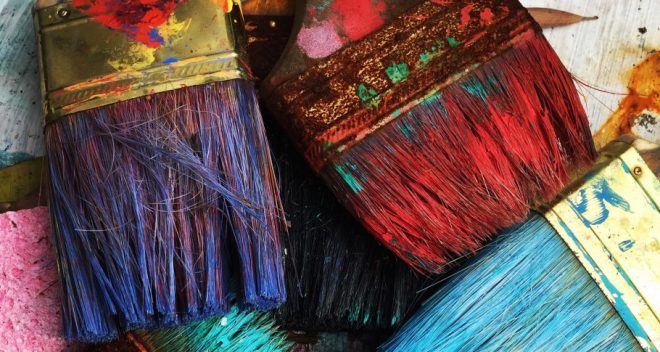 After EPN and other commenters urged EPA to release studies withheld by the agency on the basis of confidential business information, EPA released 24 studies and reopened the comment period. EPN reviewed them and submitted comments urging the agency not to use proprietary information to make a determination of "no unreasonable risk" for PV29 or any chemical.

SACC and TSCA In The News

Gary Timm, EPN member and former EPA Chief of the Chemical Testing Branch of the Office of Pollution Prevention and Toxics, is quoted in this article about EPA’s lack of scientific evidence to support the conclusion that PV29 poses no unreasonable threat.

EPN member Robert Sussman, former EPA Deputy Administrator and Senior Policy Counsel to Administrator, is quoted in this article about whether the public can trust TSCA risk evaluations without access to full and unredacted copies of health and safety information.

Clean car standards continue to be an important issue for EPN. Please see all of our fuel efficiency related work here. 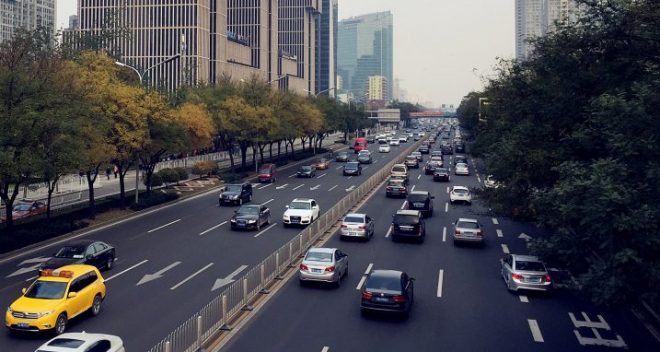 SAFE In The News

Jeff Alson, EPN member and former EPA Senior Engineer and Policy Advisor, Office of Transportation and Air Quality, was quoted in this article about EPA’s controversial new rule for vehicle emissions and various attempts to shut certain employees out of the process, which EPA Administrator Wheeler denied in a recent letter to Congress. A similar article ran in Inside EPA.

EPN members Trish Koman, former Senior Environmental Scientist, Program Manager and Supervisor in EPA’s Office of Transportation and Air Quality, and Jeff Alson, former Senior Engineer and Policy Advisor, EPA Office of Transportation and Air Quality, are quoted in this article about EPA’s Science Advisory Board planning to review the science behind the proposed overhaul of the clean car standards, zeroing in on the technical analysis underpinning the proposal. This article also ran in Scientific American.

EPN member Margo Oge, former Director of EPA’s Office of Transportation and Air Quality, is quoted in this article about the world’s largest automakers warning President Trump that his rollback of the clean car standards threatens to cut their profits and produce “untenable” instability in a crucial manufacturing sector. 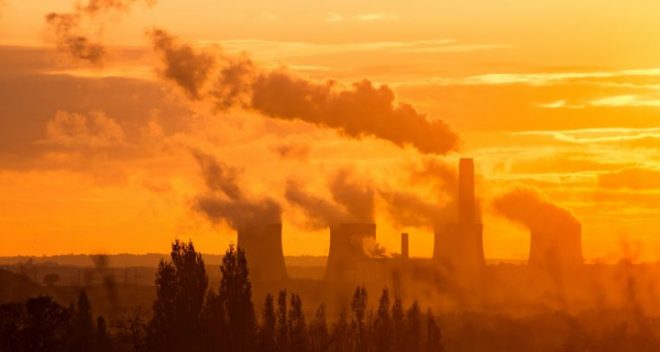 Due to the lack of an adequate, legally justified explanation for why Texas should be treated differently than other states, EPN urged EPA not to give final approval to the proposed alternative interpretation of the Region 6 Texas SIP. 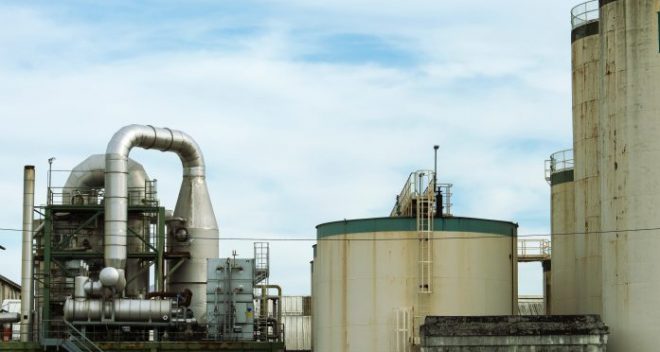 Proposed budgets under this administration have eliminated funding for the Endocrine Disruptor Screening Program, which is the only regulatory program designed to identify and characterize endocrine-disrupting chemicals.

Ruth Greenspan Bell, EPN Board of Directors President and former EPA Manager in the Office of General Counsel, and Steve Silverman, former Attorney, EPA Office of General Counsel, wrote this op-ed about the Trump administration’s heedless approach to the environment and the delicate regulatory ecosystem that guaranteed all citizens a level of protection from pollution being upset by officials.

In addition to the news articles above, EPN members contributed to a range of articles on topics such as the Clean Power Plan, changes to FACA, changes to cost benefit analysis, perchlorate, PFAS and environmental justice.

EPN members, Ellen Kurlansky, former EPA Air Policy Analyst and Advisor, Joe Goffman, former Associate Assistant Administrator for Climate and Senior Counsel, EPA Office of Air and Radiation, and Janet McCabe, former EPA Acting Assistant Administrator, Office of Air and Radiation, are quoted in this article about EPA Administrator Wheeler’s announcement Wednesday of the Agency’s replacement for the Clean Power Plan, which had aimed to reduce CO2 levels from energy production by a third by 2030. The new rule stipulates that to reduce emissions, coal-fired power plants only need to install more efficient technology.

EPN members Bob Kavlock, former Acting Assistant Administrator, EPA Office of Research and Development, and former EPA Deputy Assistant Administrator for Science, and Chris Zarba, former Director, EPA Science Advisory Board, are quoted in this article about the executive order released Friday that could make more than half of EPA’s science advisory committees vulnerable to repeal by the end of the fiscal year.

John Bachmann, EPN member and former Associate Director for Science/Policy and New Programs, Office of Air Quality Planning and Standards, was interviewed by Christiane Amanpour about EPA’s controversial plan to change how it calculates the health risks of air pollution.