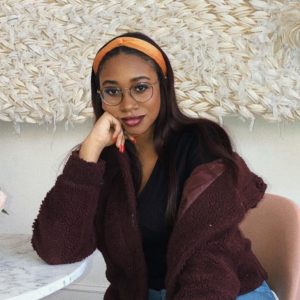 Kya Williams is a graduate of Virginia Commonwealth University. She majored in Psychology with a focus in Women’s and Gender Studies. Prior to working at EPN, she worked with organizations such as the National Domestic Workers Alliance, Care In Action, and The Feminist Majority. While working with The Feminist Majority, she was able to take part in Ghazala Hashmi’s Senate campaign, which resulted in the first Muslim woman elected to the Virginia Senate. Kya also worked as a coach for US Renew’s Campaign Manager Training program, and played a key role in the organization and creation of the Girls Take Granby women’s march held annually in Norfolk, Virginia. In the future, Kya sees herself continuing her education and advancing through non-profit and political movement spaces.

She lives in Virginia with her two cats and many plants.