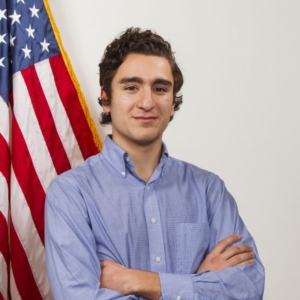 Ben is currently a student at American University in Washington, D.C. where he is a senior pursuing a degree in political science with a minor in justice. Ben has taken time off school to work for political and environmental justice of all kinds. By starting an organization, Blue Future, focused on engaging and empowering young voters, and with his work at Democracy Partners where he worked to organize political power at the grassroots level, as well as his extensive experience working on political campaigns, Ben has a passion to work for a more just world. In his hometown of Kansas City, Ben led his local Envirothon team, a competition where students study the intricacies of the local environment, to a second place statewide finish, and Ben recently placed first in American University’s Global Health Case Competition, in which students create policy to help mitigate the adverse effects of climate change. Ben has also spent his three years at American University organizing with fellow students to pressure the Board of Directors to divest the University’s endowment from fossil fuel corporations.