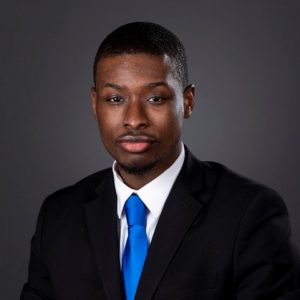 Issac V. Freeman, III, is a native Memphian and a proud graduate of LeMoyne-Owen College where he received his BA in English Literature with a minor in Business Administration. While at LeMoyne-Owen, Issac was active in the Student Government Association, Phi Beta Sigma Fraternity, Inc., and the NAACP. He is currently studying for his MBA at Christian Brothers University. Prior to joining EPN, Issac was the Assistant Office Manager for the Elvin Taylor State Farm Agency, and also worked for St. Jude’s Children’s Hospital as a Relationship Management Representative. He currently serves as State Executive Committeeman for Senate District 33 within the Tennessee Democratic Party (TNDP), is the 1st African American male President of Tennessee Young Democrats, and is the 1st African American Chair of TNDP’s Finance Subcommittee.

Issac developed a passion for law and civic engagement as a senior at East High School while watching his mother work tirelessly for the Shelby County Election Commission. Thanks to his strong support system, which allowed him to turn his dreams into a reality, Issac dedicates his free time to educating people across the state of Tennessee on the importance of being involved in the political process—especially people of color. Issac will not rest until every person knows that they have the ability to dream like Dr. King, lead like Harriet Tubman, fight like Malcom X, think like Marcus Garvey, build like Madam CJ Walker, speak like Fredrick Douglas, and shatter glass ceilings like Barack Obama.